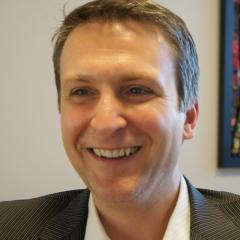 Growing up in Alaska, Zan Northrip was fascinated by global events and knew he wanted to work in developing countries. "It’s why I took foreign languages at a young age,” he said, "though back then I did not know anything about 'development.'"

Zan’s first job out of college was for the United Nations Development Programme in Botswana. He then hit the road for Ernst & Young in Central Asia, working on privatization and financial sector projects and utilizing his Russian language skills. In 1995, Zan was hired by a company with which he was familiar. “I had read papers in grad school written by people at DAI, on value chains and development as a process, and it had stuck with me,” he said.

Zan has since worked extensively on DAI’s bank management projects and managed three global contracts held with the U.S. Agency for International Development. Zan also led a Washington, D.C.-based project focused on value chain strengthening and impact assessment. Beginning in late 2006, he took over DAI’s new business development group. As Vice President of Acquisitions, he ensured that DAI’s proposals and business acquisition processes embodied the highest standards of professionalism, quality assurance, and efficiency. In 2010, Zan was named to lead DAI’s Economic Growth team, in 2012 he was tapped to head up the Delivery unit, and in 2014 he was made Senior Vice President, U.S. Government Business Unit. In 2019, he assumed responsibility for the three business units serving donor clients in the United States, the United Kingdom, and Europe.